Carnalea won the competition for the first time in 1970, beating Fortwilliam in the final.  The picture below is taken from Carnalea's Golden Jubilee book from 1977, which incorrectly shows the year as 1969.  The 1970 Captain - Bobby Kiernan - is included.

The gentleman in the middle of the back row, W J (Billy) Campton, Secretary Manager of Carnalea at the time, was the second Chairman of the Holt Shield in 1965/66. 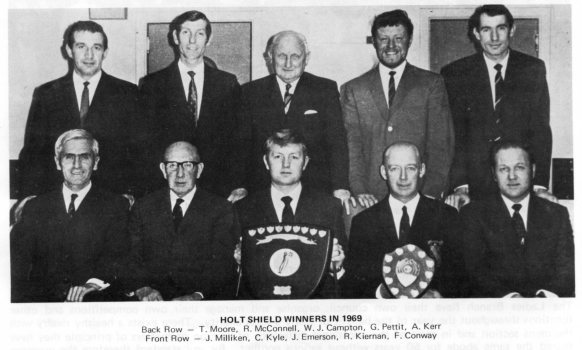